After a night of shooting Milkyway in the mountains the night before, I decided to drive out to Naerland for some more wader action after a couple of hours sleep on 02nd Sep. Though I arrived at the beach rather late ca 10am, this time I managed to capture images of Curlew Sandpiper and saw a Little Stint which quickly flew away after a brief appearance.

Earlier on the 29th August I managed to get a record shot of a nervous Grey Plover and good close shots of the Common Ringed Plover with the 400/4 handheld wo a tripod.

Posted by nabghani at 1:15 PM No comments:

I made several more visits to Refnes on 23rd, 26th and 27th Aug to Refnes to collect more images of waders. Both the 400/4 and 600/4 were use on separate days. I also managed to try out the HSS using the Canon flash togetherr with the Godoc PB960, and I think I captured the images I wanted. Perhaps a couple more outings with the same set-up should do it.

The Red Know fianlly appeared as were Little Stint and Temnick Stint and the later two only made fleeting appearances quite a distance away. Common Redshank and  Godwit were also captured finally.

Posted by nabghani at 1:01 PM No comments:

This is the 2nd northern entry to Naerlandsparken ... the northern beach is Refness, and the southern beach is Naerland. Right in the middle is the rocky promontary probably most known for the feeding station for Godwits and Dunlin and on previous occasions Red Knots, Temnick Stint, Redshank.

This spot form the northern section of the same beach. Because of the nice sandy beach it can be a bit busy during nice weather.

Some waders on the sandy side of Refness.

Posted by nabghani at 2:48 PM No comments:

It's been a long while since I made a trip to this part. At first it was the tunnel construction, then the tunnel itself sort of put me off from making the journey. Though the drive over is much less than then 1hr 45km typically needed for Naerland, it's much more convoluted with the new tunnels.

This spot used to be great during the colder months for Purple Sandpipers, some of my best images of them are from here. There were nesting Common Ring Plover just next to the walking path. Other times Dunlins, Red Knots, Redshank are typically seen. It also used to have nesting Northern Lapwing and Oystercatchers.

Posted by nabghani at 2:58 PM No comments:

This spot has been my favorite for waders and ducks over the years since it was first introduced to me many years ago. I would here now and again for the birds as well as for the quietness during the colder months. In summer it can get a bit busy being on the popular coastal hiking trail. I have also shot waders here at night.

The shoreline seems to have changed a bit, the rocks are all in the same place. There are more established vegetation on the sand in the intertidal zone. It provided quiet a nice screen for the feeding waders from the hikers. It looks natural to the best of my knowledge. One spot near a tiny stream on the southern side provided excelent hideway from passing walkers. You can hear them clearly as they pass but they don't see you and the waders are not so easily spooked.

Naerland with Dunlin and general habitat short in the area.
The mostly 1-1 Dunlin engagement.
Typical waders spotted here are Dunlin mostly, Knots (used to be seen, haven't spotted them this season), Common Ringed Plover, Godwit. The Spring season here is short due to the rush of breeders trying to get North to breed. The Autumn wader season is a bit longer usually starting in mid August lasting all the way till mid Sep/Oct.

Other birds I have seen and photographed include Oystercatchers, Northern Lapwing, Cormorants and Peregrine falcon.

Posted by nabghani at 2:31 PM No comments:

The weather was nice today, we actually had some sun and even a bit of bluesky was visible. The past 2-3 weeks have been miserable to say the least. Cloudy, wet, windy and foggy most days. So when the sun came out this morning, I thought I'd head out and check out the usual haunts.

First stop was Sandness Havn. It was not so lively just yet but there were the usual swans and mallards. Scaups, Golden Eyes and the other winter refugees haven't quite made it down here just yet, only 9 deg C at the moment.

There were a pair of Merganser and an unexpected winter plummage Razorbill and a juvvy Long-tailed Duck. I managed to capture both rather close with  400+2xTC on the Canon 7DII. The merganser shots weren't in very good lighting unfortunately.

I'm sure  by wintertime this place will be as lively as it has ever been with travellers piling in to the fjord to escape the cold of winter.

I passed by my intended second stop near Three Swords (Lyse power exchange), they've put up a new "Parkering Forbud" sign at my usual spot so I left the place in a hurry. Three Swords itself was packed with people chasing the sunshine after 3 weeks cooped up in crummy weather, so I didn't bother stopping however I noticed the sea ducks have made an appearance. Common Widgeons, Scoter and Common Eider are swimming along on the water in small flotillas.

I drove by Risavika, hoping to give it a quick scan but after seeing the packed small parking lot I decided to skip it altogether and eaded over to the Flymuseum.

It's still early in the season to expect the seaducks at this location. The bay was full of the regular resident Mallards. They were some Scoter around, but further away from land. I decided to call it quits for the day and drove home. 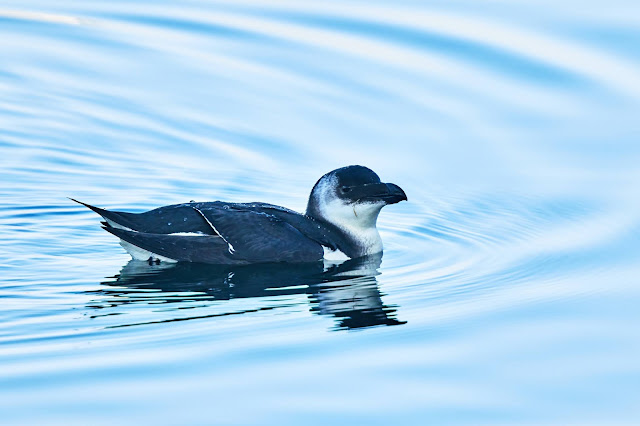 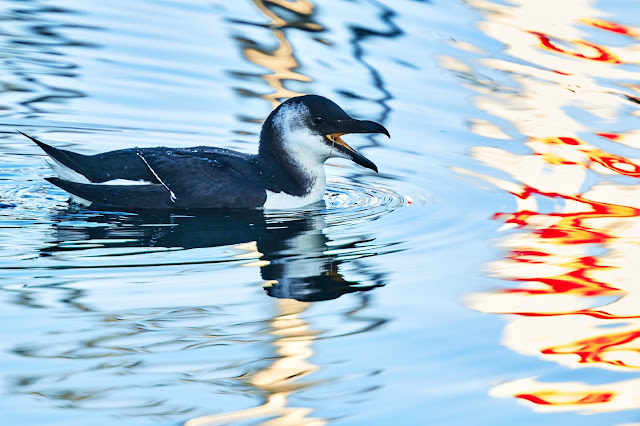 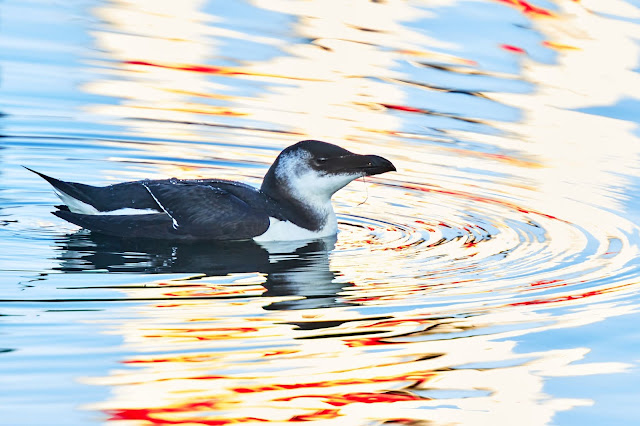 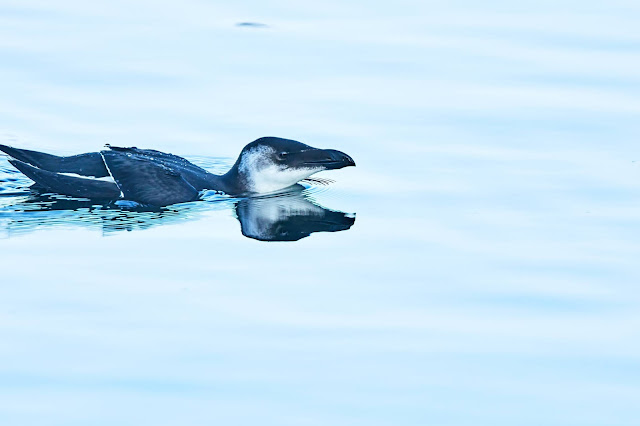 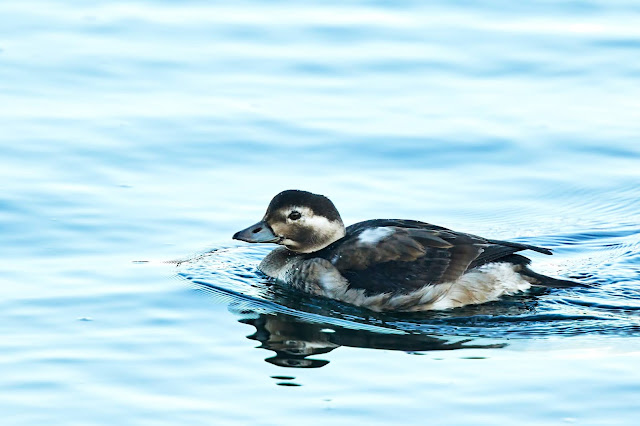 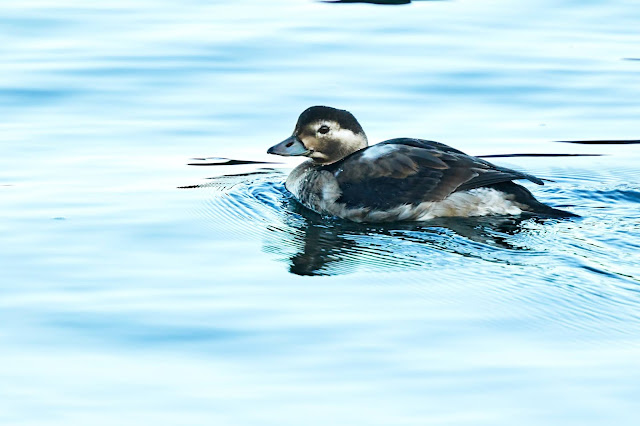 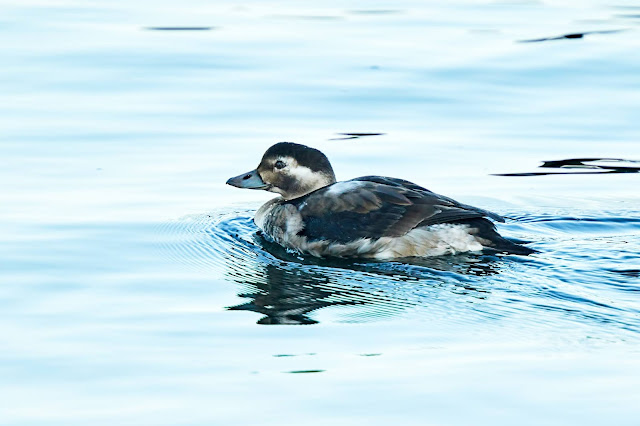 The Razorbill or Lesser Auk (Alca torda) is a colonial seabird in the monotypic genus Alca of the family Alcidae, the auks. It is the closest living relative of the extinct great auk (Pinguinis impennis). Wild populations live in the subarctic waters of the Atlantic Ocean.

Razorbills are primarily black with a white underside. The male and female are identical in plumage; however, males are generally larger than females. This agile bird, which is capable of both flight and diving, has a predominantly aquatic lifestyle and only comes to land in order to breed. It is monogamous, choosing one partner for life. Females lay one egg per year. Razorbills nest along coastal cliffs in enclosed or slightly exposed crevices. The parents spend equal amounts of time incubating, and once the chick has hatched, they take turns foraging for their young.

In 1918, the razorbill was protected in the United States by the Migratory Bird Treaty Act. Presently, the major threat for the population is the destruction of breeding sites

Took a 20 min stroll from the house down to the fjord to check out the birds on the water. This time of year it's typically very festive with nesting terns and oystercatchers. 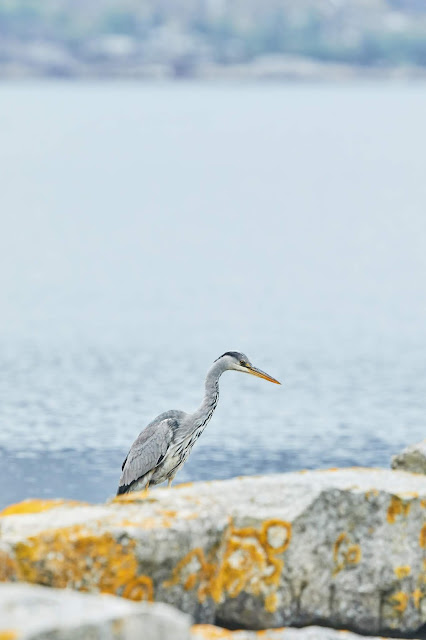 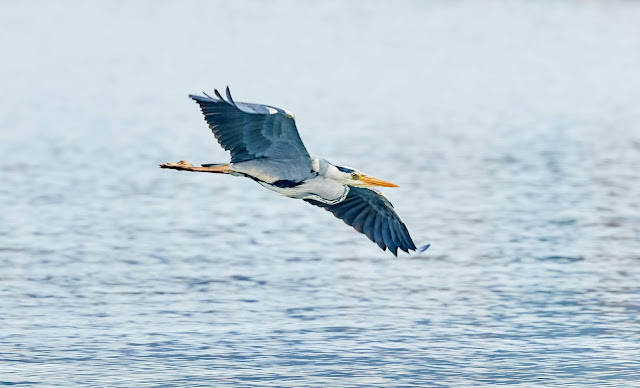 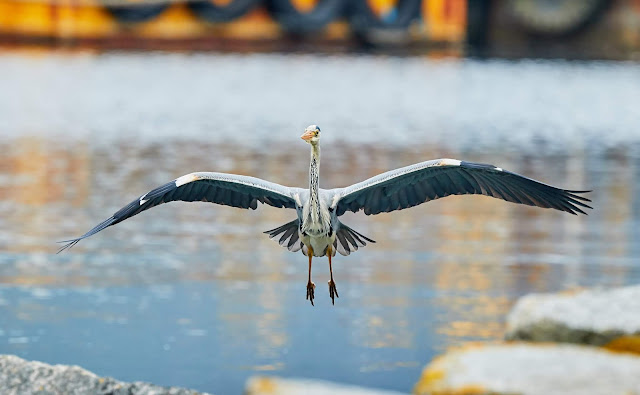 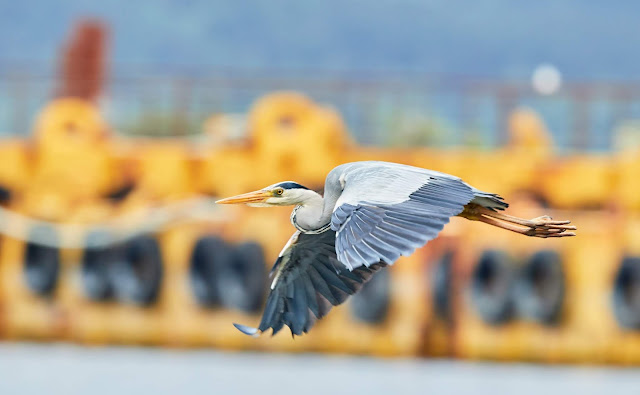 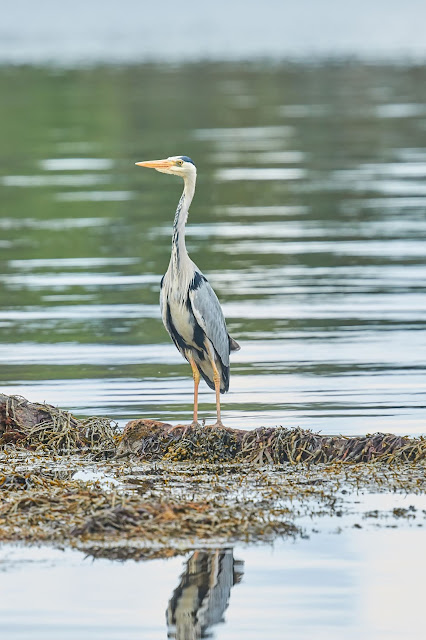 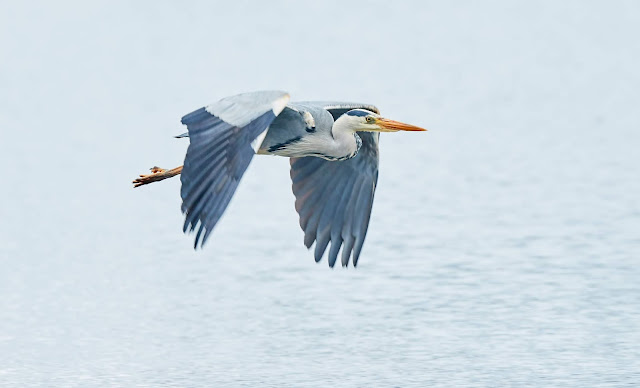 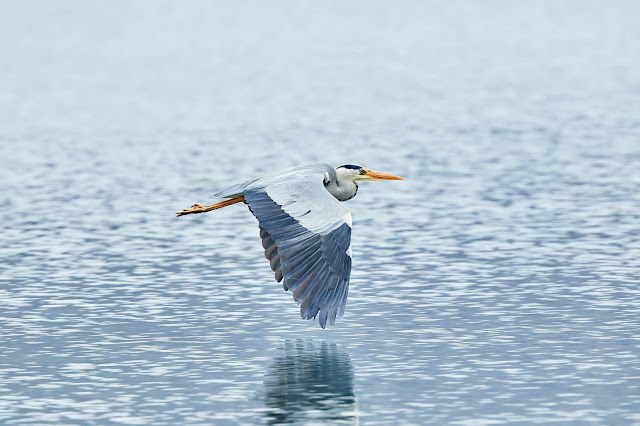 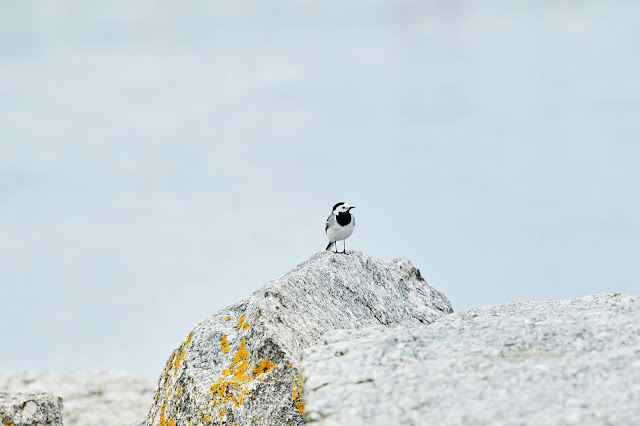 Posted by nabghani at 2:17 AM No comments: